The Jordan Taxi 12’s are one of the most sought after color ways. Originally released in 1996, it came as part of the 2008 Count Down Collection along side the Jordan “Bred” 11’s. The simplistic aesthetic with white leather upper and black textured over lay accented with red and yellow on the carbon fiber meant to represent the taxi cabs of New York City. These are slated to release today, March 18th in limited quantities, retailing for $190. I didn’t cop the original release of these but I did cop the retro release a few years ago. I also have a dead stock pair I picked up from Sole Supremacy on a black Friday deal. With most Jordans you have to find something that will match the color but these could easily be grails and worn with anything. When Jordan releases simple color way’s they will always be highly sought after.

CONFESSIONS OF A FEMALE SNEAKERBAE

I am a little princess angel baby from the bay area California who loves shoes and is often misunderstood. The Bay raised me, I rep it hard, which means..yes I am a #dubnation fan, I also rep the Niners and the SF Giants. Now that we’ve got that out of the way can we still be friends? Nah? Okay cool. Moving on. My name is Nena — listen Linda it is pronounced NEH-nuh. Not NEE-Nuh. Not NAY-nae (watch me WHIP ayeee! Watch me Nae-Nae..sike let me stop.) I am a (newish) Christian and I very often express my faith in the lord, if that’s something that bothers you…um tough titty said the kitty, no but really my faith paves all of my paths in life and it is something that I will never shy away from expressing. I’m funny, I promise I will make you laugh at one point or another..statically speaking you probably laughed at something I said already. Hennyways, my blog is my little space here on the internet where I entertain the thoughts inside of my head. I also post over at nationofsoles.com & we do this dope thing every Friday where we give a pair of shoes away! EVERY FRIDAY! All you have to do is subscribe for $2 dollhairs a month or $20 dollhairs for a year! but let’s get back to me, because I mean that’s why you’re here right? I love to write, I like going to the movies, I love to travel and take pictures. I pride myself on having a good chill vibe, so if you come into my bubble with anything less I’m kicking you out! 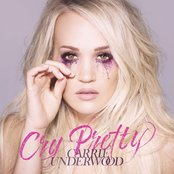